Google Chromecast continues to add support for apps to cast to your TV! First off, TED talks is now available for Chromecast support bringing an array of free and insightful talks to your TV screen. From its website, TED is a non-profit organization dedicated to spread ideas with short talks which is 18 min. or less. It started in 1984 when TED stood for Technology, Entertainment, and Design. Now, it boasts of TED talks in over 100 languages. 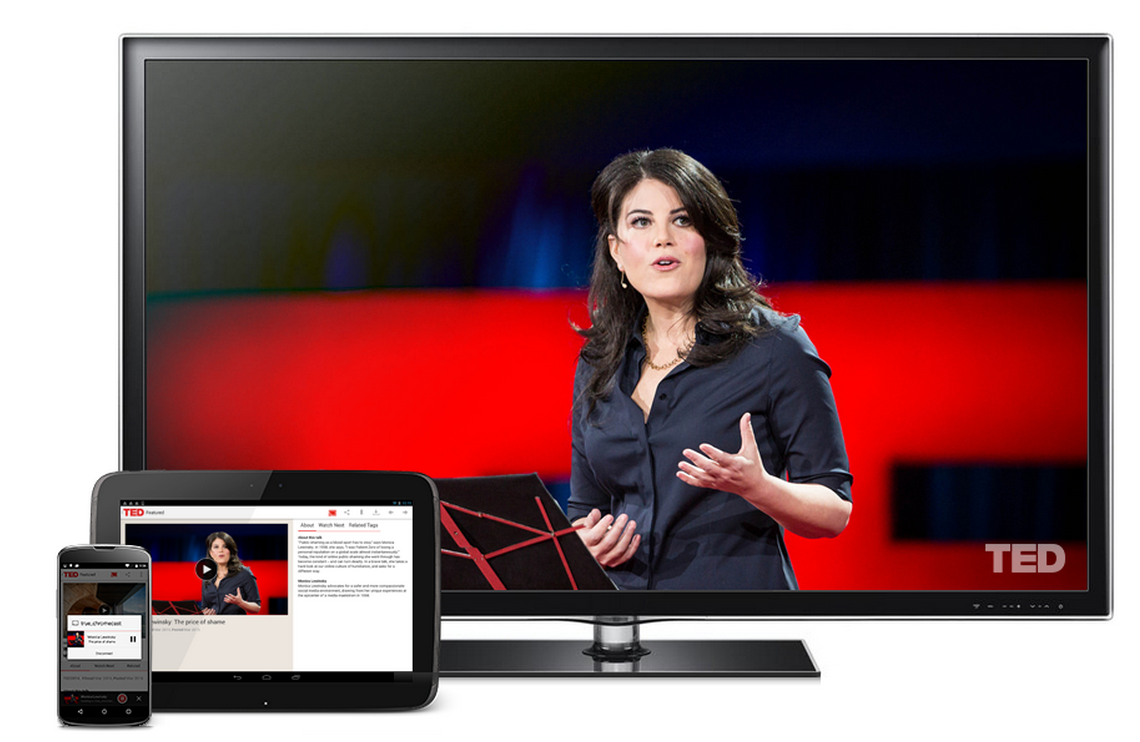 Next, the PAC-12 network is available on Chromecast. PAC-12 is the collegiate Division I athletic conference which includes Oregon State, University of Oregon, Cal Berkely, UCLA, USC, Arizona State, University of Arizona, Colorado State, Stanford, utah, Washington, Washington State, and more. It covers almost all sports but is the most popular during football season and basketball season. It is a must have for alumnis. If your premiere TV provider such as DirecTV, Charter, U-vers have Pac-12 network available, you should be able to sign in using your TV login.

For music lovers, you can now cast from MTV apps and Qello. MTV app offers TV shows such as Finding Carter, Catfish, and other reality TV shows available on MTV. With Qullo, you can get free all access to full length concerts and music documentaries!